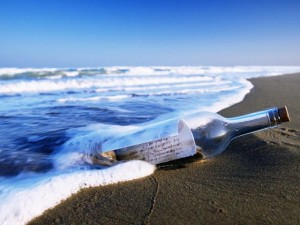 Okay, so I’m finally back after drifting around the Caribbean like a tattered message in a bottle. The journey home was long and stupid, given it took me two days, four plane changes, and one boat ride, all sandwiched around a 10-hour car rental in Miami and an overnight stay in the seediest airport hotel this side of Little Havana. The latter of which was necessary in order to navigate an airport transition between Miami and Fort Lauderdale en route.

Do I know how to rock an itinerary or what?

As you might imagine, this Looney Tunes travel schedule gave me ample time to sit around the airport (St. Thomas, Atlanta, Miami, Fort Lauderdale, and Baltimore, to name a few) and people-watch. Which, if you follow me on social media, you know that airport people-watching has consistently provided me with gi-normous material for some of my best Facebook, Twitter, and blog posts.

This trip was no exception.

In the Delta waiting lounge at the Atlanta airport I saw rows and rows of people lined up like potted plants yakking away on the their Bluetooth headsets. Now that these headsets are as small as hearing aids, it’s hard to tell if a person is actually talking on the phone or just batshit crazy.

Actually, upon reflection I guess they could be both.

At one point a guy sitting across from me was having an argument with someone that I assume was on the other end of his invisible Bluetooth headset. He was so engrossed in his quarrel that he didn’t notice when someone asked if the seat next to him was taken. His lack of focus signaled open season for me. So when he shouted, “That’s unacceptable, Sabrina. Why aren’t we taking care of business overnight” I replied in a normal speaking voice, looking straight at him, “Because you keep forgetting to take your Viagra before bed, Romeo.”

THAT got everyone’s attention…everyone, that is, except Mr. Bluetooth, even though his vacant gaze was aimed in my direction.

Oh, boy, I thought. This was like intercepting the ball at my own 20-yard line. It was my duty to run it up the field.

Mr. Bluetooth: “How’s Sid’s performance?”
Me: “Pretty good, actually, since he gave up drinking and discovered the joys of waxing.”
Mr. Bluetooth: “Can we run the numbers?”
Me: “Depends. Did your bookie make bail?”
Mr. Bluetooth: “The Big Man doesn’t want another quarterly disaster.”
Me: “You gave it a name? Seriously. Isn’t ‘Big Man’ overstating it?”

This back-and-forth went on for about a minute, during which Mr. Bluetooth never acknowledged our conversation. When I got up to board my flight a few people politely applauded.

I knew that improv training in my early days of comedy would pay off someday.

When I travel I carry a purse that has often been confused with a steamer trunk. But that’s because if I call it a “purse” instead of a “bag” the FAA will let me carry it on the plane.

Truth be told, I lug around a pretty big purse in everyday life, as well. But that’s just because I’m too lazy to clean it out regularly. So I still have stuff in there like a half-eaten sandwich from an Indigo Girls concert I went to at Deer Valley last summer. If I dig deep enough I think we might even find Dick Cheney’s beloved weapons of mass destruction somewhere in there. (Could be why my purse is so heavy.)

I will never understand how these women can navigate an airport with purses the size of a maxi pad. That’s like drinking non-alcoholic beer; why bother? If you have so little shit when you travel that you don’t need a womanly-sized purse, then just stick that piddly-ass crap in your pocket and be done with it. Because if all you’re toting around is your ID, a credit card, cash, and a lipstick, then you, my dear, lead a very sad life.

And BTW, my aching back and I are totally jealous of you, bitch.

For some reason I can never make it through airport security without being pulled from line and searched. Could have something to do with that time I prevented a commercial airplane from taking off because I thought the wing flap looked funny and I thought we would crash. Or when I placed a Mickey Mouse sticker over my face on my Top Secret Security Clearance badge when I worked at McDonnell Douglas. Or when I was arrested for rioting (hey, it was a peaceful demonstration) for a cause near and dear to my heart (I forget which one) when I was at UC Berkeley. Who knows? I think they just pick on me. Now I opt out of walking through the big spinney metal detector every time so when they grope me during a body search it looks like it was my idea.

Yet TSA lets these women breeze through security with an artillery of metal jewelry that could be used to gut Moby Dick. I’m not kidding. Some of these pointy, knife-like earrings are the perfect tool to pick the lock on the cockpit door and then embark upon a slash-athon like Wolverine on a caffeine bender. THESE fashionistas sashay right on through, while I get to enjoy a nice, refreshing cavity search, courtesy of rogue fingernail clippers and an overly sharpened eyebrow pencil.