Graduation Advice to the Daughter I Never Had 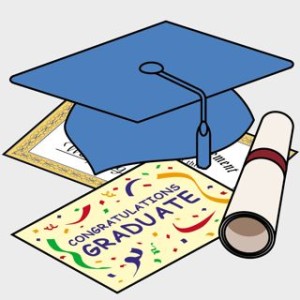 Last Monday night I had the wonderful opportunity to give the keynote address at the Park City Woman’s Athenaeum Club Mother-Daughter Tea honoring the 2013 graduation of Park City High‘s young women seniors. Usually the speaker is an alumnus or alumni mom (neither of which I am), so I was surprised (yet honored) when I was asked to speak.

I found out they chose me because this year they wanted a little levity in the graduation address, and I was more than happy to oblige. But even though I spoke humorously for 30 minutes, I took a few moments at the end to talk woman-to-woman to these young ladies, just as I would my own daughter—if I had one.

Having only sons (whom I adore and would never trade for anything) I took this opportunity to pass on some firsthand knowledge, bred from my own battle-scared mistakes and illuminating a-ha moments that became obvious only after I had bypassed them about a hundred times before they became apparent.

Not only did the young grads and their moms indulge me these few minutes to be somewhat serious (I can never completely let go of my funny bone), they asked me to publish my list of 10 little nuggets of graduation advice.

So here it is, my gift to the young ladies of the 2013 graduation class of Park City High. It’s been an honor and a privilege watching you grow up in our small town. I look forward to hearing about all your future accomplishments by way of your biggest cheerleader; that lady who just happened to be sitting next to you when I spoke on Monday night.

1. Fly under the radar

When you think you’re being ignored or overlooked, instead of kicking and screaming, and demanding to be heard, quietly say to yourself,

“Go ahead, underestimate me. I welcome the advantage.”

And then when they’re not paying attention, do something brilliant. Don’t let the fact that they’re counting you out prevent you from moving forward. Believe me, you will make an even bigger impact when you succeed.

2. Allow a gentleman to treat you like a lady

Being a strong, independent woman doesn’t mean you have to do everything by yourself. If a guy opens a door for you, or gives you his seat, it doesn’t mean he doesn’t respect you. Actually, it means he respects you even more. As a strong, independent woman myself I’ve taught my sons to be old school when it comes to chivalry. This is my gift to you as the next generation of women. Please graciously accept it.

3. There is always a way to attain your goals

Don’t let anyone tell you there isn’t. There are many paths and sometimes the one less traveled, or least obvious, is the one that’s right for you. And if you encounter a closed door don’t be intimidated by it. If you truly believe you have no choice but to go through that door, and it won’t open, then bust it down.

4. Know when to quit

Sometimes what you think you want was just not meant to be. Even though there’s always a way to achieve a goal, sometimes you have to weigh the pros and cons and ask yourself, “Is it worth it to go that far?” It’s not quitting to get oneself out of a bad situation. It’s just changing direction, which actually takes a lot more character. Because the most difficult choices in life are usually the ones you need to make.

5. Allow yourself to endure a broken heart

You will never really know what you want in life until you’ve gone through the pain of your own mistakes. Rather than beat yourself up over bad decisions, embrace them. (In fact, wallow in them, but only for a short time.) Because if you ignore them, push them aside, or try to tell yourself they weren’t really mistakes, you’re destined to repeat them.

6. Never turn your back on your girlfriends

Or your mother. Boyfriends, bosses, co-workers, and even unfortunately sometimes husbands will all come and go. But the women in your life that you trust will always be there for you. You will never have to waste time bringing them up to speed when the proverbial excrement hits the fan. They will always know exactly what to do when you need help…even if it’s been years since you’ve seen each other.

7. Never be offended if someone calls you…

…quirky, eccentric, unpredictable, flighty, weird, or most of all, feminine. You are the spicy flavor that prevents the mix from being a bland stew. That’s not to say you shouldn’t change or evolve. You should. But conform only because you want to. Not because someone else says you have to.

In your darkest, scariest, saddest moments, look for the humor. I guarantee you it’s there. It’s called irony. And it may be inappropriate, politically incorrect, or even pathetic, but it could give you that one moment of levity you need to keep going. And if you can’t find the humor yourself, then surround yourself with funny people. And if you can’t find funny people, then listen to a song you love, look at art, paint a picture, write a poem. If reading feeds the mind, then music, art, and laughter fuel the soul.

I love this excerpt from Marianne Williamson’s Return to Love:

“Our deepest fear is not that we are inadequate. Our deepest fear is that we are powerful beyond measure. It is our light, not our darkness that most frightens us. We ask ourselves, ‘Who am I to be brilliant, gorgeous, talented, fabulous?’ Actually, who are you not to be? Your playing small does not serve the world. There is nothing enlightened about shrinking so that other people won’t feel insecure around you. We are all meant to shine, as children do. We were born to make manifest the glory that is within us. It’s not just in some of us; it’s in everyone.”

10. Never, ever apologize for being emotional

Whether it’s in business, at home, or out in public, one of the very cool things about being a woman is that we have empathy, compassion, and intuition. To cut those things off is a slap in the face of Mother Nature. Instead, use your womanly super powers to help others listen to their own hearts so that they may find their compassion from within. That is the single most important thing you can do to make this world a better place.