I get a lot of Facebook messages and comments on my blog asking me if the ridiculous situations I write about are actually true. Specifically, did I really see a redneck klutz break his own teeth with a Shake Weight in a Salt Lake City Target? Did I really leave my teenage son in a non-English-speaking Chinese restaurant in New York’s Chinatown as collateral when I couldn’t pay our bill? And did I really set my own broken toe while on a backpacking trip in the Angeles National Forest with a handsome thrill seeker, who then fainted upon watching me do so?

The answer is an unequivocal YES on all counts.

Everything I write about is true. Even though I may embellish my life’s events when I document them (my duty as a creative writer and comedian, I feel—although my kids call it “lying”) those things really did (and do) happen.

But then the response I inevitably hear is “How can that be? How can so many crazy things happen to one person?”

And my comeback to that is crazy things happen to EVERYONE. Even you. It’s just that when they happen to me I overanalyze them to the point at which I will make myself loopy if I don’t find a way to purge this cerebral clutter from my head. There’s only so much disk space between my ears, so if I don’t keep the junk files to a minimum I swear to God I will never find my car keys. (Which, by the way, are missing as we speak.) So I jot down these outrageous shenanigans in my blog and for whatever reasons you all (thankfully) find my neuroses amusing. 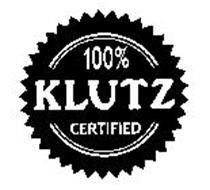 A perfect example of one of my daily real life calamities came last week when I was asked to emcee an outdoor concert at Deer Valley Ski Resort here in Park City. My opening chat with the audience went off without a hitch. So after the band started playing I sat down in the crowd on my picnic blanket, poured myself a glass of wine, and set it in a “wine spike” (a metal stick that holds your wine glass by the stem) that I had stuck in the ground. Before I had chance to take a sip, I knocked the wine glass out of its perch while gesturing during a funny story. (Or at least I thought it was funny.) The wine dumped onto my waterproof blanket, rolled down the back of my jeans, and created a dark wet spot that went from my rear end down to the back of my knees. It looked like I’d drank a gallon of Gatorade and then peed for 10 minutes.

Of course, this happened right before I had to go back onstage at intermission to orchestrate some giveaways. I thought about taking my pants off first, but then decided a public display of me in my underwear might give people the wrong impression. So I just let everyone think that I was obliviously incontinent instead.

A Beauty of a Klutz or a Klutzy Beauty?

Another reason weird stuff happens to me is because I’m an unbelievable klutz. Which is really weird because I’m actually a pretty good athlete and dancer. It’s the walking around in daily life part that I have problems with.

So much so that when a friend suggested that we hike the remote hills around Park City without taking our cell phones (“Let’s unplug, for once,” he said.) I was reluctant at first to do so because I silently wondered, “Now how the heck will I be able to call 9-11 when I accidentally fall down a ravine if I don’t have my phone?” I actually thought that. Based, of course, on my previous experiences of having fallen down several ravines in the past, of which this guy has no knowledge. So for me to say that out loud might seem a tad paranoid, even though it’s justified. 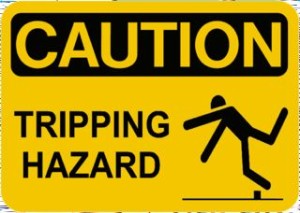 Instead I wisely kept my insanity to myself and uncharacteristically left my cell phone behind. What the hell, I thought. We’ll stick to low ground. Besides, this guy is big enough to sling me over his shoulder and carry me out like a sack of potatoes if I trip, fall, and break something that impedes me from walking. Not that that’s the best way to get to know someone better, but it was a chance I was willing to take.

As it turns out, I didn’t break anything (this time). But I did trip so many times on that hike that I lost count at around 10 or 12 klutzy moves. I just kept talking through the mishaps as if I was pouring tea. He didn’t seem to notice or care. Although I was acutely aware that HE was able to navigate uneven ground and talk at the same time without taking his life in his hands.

Now that’s impressive (at least to me).

So in answer to all your questions about the validity of my posts, I assure you that my life is indeed a dark sitcom. But I venture to guess that most people’s lives are. It’s just that in my case I’m able to articulate the absurdity that you’re all subconsciously thinking when that same crap happens to you.