Moms From A to Zed 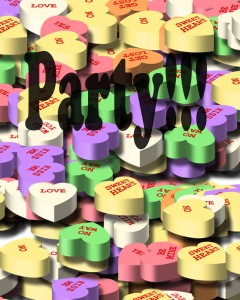 I just read my good friend Susie’s latest blog post, Guilt, the Gift that Keeps on Giving, over at Not Your Average Mom, and I must say I can totally relate. I’ve included a direct link to the post at the end of this post, but in nutshell, Susie spaced on going to her seven-year-old’s class Valentine’s Day party AFTER she had volunteered to help out. Of course, the faux pas ended in tears—from her, not her seven-year-old.

As moms we’ve all been there. I can’t tell you how many dark hallways and street corners on which I’ve unwittingly left my kids waiting, and waiting, and waiting. Thank goodness they were born in the cell phone age so they could call me and say, “Hey, where the hell are you? You were supposed to pick me up a half hour ago!” Which usually came out less articulate in the form of my forgotten child’s tears or a neighbor informing me not to worry because she has my kid.

Worried? Who’s worried? I forgot to pick him up, remember? How can I be worried about something that is totally off my radar? I’ll leave that to the Type A moms, or whom I fondly refer to in my book, Confessions of a Band Geek Mom, as Mothers Against Negligence In All Circumstances, or MANIACs for short.

A MANIAC is a woman who has unlimited crafty talent and seems to run on an endless battery. She’s the room mom who puts the rest of us to shame because, like MacGyver, she can fashion an entire third-grade classroom holiday party out of a box of paper clips, a toilet plunger, and a bolt of red seersucker she just happened to have in the trunk of her car.

Her kid is the one at the school Halloween parade in the Cruella de Vil costume that looks like it came straight from the Disney backlot, only to find out she whipped it up the night before while waiting for her homemade organic chocolates to harden so she could individually wrap them for the neighborhood kids (and by the way, she made an extra batch for the needy—in India).

On the other end of the spectrum are what psychologists refer to as Type B moms. These moms mean well, but somehow they drop the ball more often than not, usually because they’re trying to juggle parenting with some other crazy folly—like earning a wage. You can always spot a Type B mom roaming the halls at school. She’s the one wearing flip-flops even though it’s November and there’s three feet of snow on the ground. That’s because she still hasn’t found time to dig out her one pair of winter footwear that she stuck in the attic last spring to make room for the six million pairs of tennis shoes that litter the house come May.

And There’s the “Other Type” of Moms

In my case, however, the letter “B” doesn’t even begin to accurately describe the cavernous gap between the Type A moms and me. For my category you need to skip all the way down to the end of the alphabet. I’m not afraid to admit that I’m a Type Z Mom, or what I like to call the Zero Effort Domestic, conveniently referred to as the ZED Mom for short.

The ZED mom is happy to take her turn volunteering in the classroom or carpool, however, it’s not unusual for her to occasionally space out on these duties. In which case thank goodness the MANIACs are there to pick up the slack. ZED moms are also known for dropping their kids off at school while still in their pajamas (the moms, not the kids—okay, sometimes the kids), showing up late—or completely missing—back-to-school night (honestly, who reads all that junk that comes home on the first day?), and sending their precious little ones off to school with a sack lunch of two-day old cold pizza and a Red Bull.

As I’ve come up through the public school ranks, I’m relieved to find out that I’m not the only ZED. Some of my best friends are ZED moms. Over the years we’ve thoughtfully shared many stories of brain dead parenting missteps that are sure to give our kids fodder for their therapists in 25 years. Forgetting to show up when I’m expected was just one of many mistakes that I felt guilty about at the time, but now that they’re teenagers I feel they deserved.

Why? Because now it’s me calling them when they’re not home by curfew saying, “Hey, where the hell are you? You should’ve been home a half hour ago!”