Self-Publishing With The Memoir Midwife 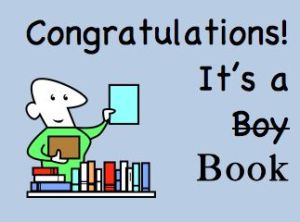 I haven’t blogged in a while because I’ve been hunkered down finishing my new book, THE MEMOIR MIDWIFE, Nine Steps to Self-Publishing Your Book, a very simple, yet straight forward, explanation of how to self-publish a book. It literally lists the steps of self-publishing, and includes a checklist at the end of each step so you know exactly what you need to do. Don’t be alarmed by how skinny the book is. Self-publishing is not like patting your head while rubbing your tummy (which I still haven’t mastered, by the way). This is a tiny, non-intimidating book that is crammed packed with a wealth of information. The good news? It will only take you about an hour to read. That’s the beauty of it.

Laughing My Way Through Pain

I have to admit, however, as a comedian I never set out to become a Memoir Midwife–which is just a funny little term I coined to describe the fact that I like to help people self-publish their books, memoir or otherwise. But ironically the term Memoir Midwife works on many levels. In my twisted universe I really do feel that being pregnant and giving birth to a child is somewhat analogous to writing a book and having it published. In both cases you go through the gestation process of building something from nothing. And then once you present that thing to the world, you have a bit of influence over it, but in the end it pretty much goes its own way. And if that outcome exceeds everyone’s expectations (even yours), well then, aren’t you a genius of a parent? Or author? And if, on the other hand, it ends up being a huge disappointment, then what the hell were you thinking? The world judgmentally dubs you a goon for even trying.

Self-Publishing is Not For Wimps

But if you have a message, thought, idea, or story you want to get out, then you should try anyway. And if you do embark upon that journey using my book as a guide, my part as your publishing coach (see, that just doesn’t flow as well as “Memoir Midwife”) is not to write your book (or in other words, give birth to it) for you. But rather to supportively sit on the sidelines and yell “Breathe! Breathe! You can do it!” when the going gets tough and you just want to bash someone’s face in due to the pain and frustration of trying to launch this thing out into the world. I’ll calmly offer Zen-like, experiential advice and talk you down off the ledge, staying well out of reach of your flailing arms.

Another similarity is that just like there are nine months to pregnancy, there are nine steps to self-publishing your book. Coincidence? I think not. Okay, well, maybe it is a coincidence (one that I helped concoct, actually), but I like to think the Cosmos had a little something to do with it.

Quite by accident (you’ll have to read the book to get the whole story) I ended up taking the self-publishing process and breaking it down into digestible, bite-sized pieces. This reduction sauce eventually became a night class I taught across multiple weeks at the University of Utah (another long story, but it’s in the book). Every time I finished teaching my class, at least one student would ask if I had a book that summarized the self-publishing steps I had just presented. I admitted I did not—and after a while it got embarrassing.

Put Your Money Where Your Mouth Is, Baby! 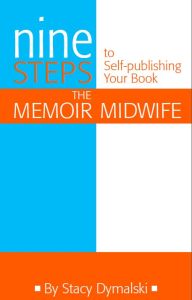 So I sat down and wrote brief overviews of each self-publishing step. And after several iterations that initial effort has since evolved into THE MEMOIR MIDWIFE, Nine Steps to Self-Publishing Your Book. After reading this you will have the basic tools and knowledge required to self-publish. But that said, I fully admit this book simplifies a much bigger picture, not unlike those parenting tomes that prep you on what it’s like to give birth. Think of this as the self-publishing version of What to Expect When You’re Expecting. It’s meant to give you an idea of what you’re in for and (hopefully) provide the confidence you need to push forward.

However, if there is any one thing I want you to remember when you use what you learn in my book to accomplish your own literary goals, it’s this: Theory is always easier, and makes much more sense, than practice. Therefore, don’t get too discouraged if you run into some bumps in the road while embarking upon your own self-publishing journey. To be honest, both pregnancy and self-publishing had me tearing my hair out when I went through each the first time. And I wasn’t even hormonal when I self-published my first book. (Well…not as much, anyway.) Even if something doesn’t go as planned, just keep plowing forward.

And if you need a bright side on which to look, I’ll throw you this bone. A book doesn’t borrow your car, eat all your food, or require money for college. It also won’t date a loser, call in the middle of the night begging for bail money, or throw a tantrum in the middle of Walmart. It can, however, break your heart just as easily as a son or daughter. But then again, it may not. Maybe, just maybe, self-publishing your book could be one of the most rewarding experiences of your life.

“THE MEMOIR MIDWIFE: Nine Steps to Self-Publishing Your Book”
is available in select bookstores and on Amazon in both paperback and Kindle.