Thankful Comes in All Forms

Over the long holiday weekend I tried to get caught up on all the blogs I follow. In doing so, I read one that I loved so much I just had to rip off the entire concept by posting a similar blog of my own. It’s from a consistently hysterical mommy blog called Jenny from the Blog at The Suburban Jungle. If you don’t follow it you should. The blog tagline says it all: Jenny from the Blog is like comedy crack, but more addictive and less wacked.

Anyway, Jenny posted a Thanksgiving Day blog called 16 Things I’m Ashamed to Admit I’m Thankful For. Her justification for such an unconventional list is that it should go without saying that we’re all thankful for family, friends, healthy kids, a nice home, and a Starbucks on every corner. Therefore, why be trite when being honest is much more interesting? Come on, people, you know as well as I do we all breath a sigh of relief when that police car with the flashing red lights in your rearview mirror suddenly zips by and unexpectedly pulls over the guy in front of you. That’s the kind of thing you’re really thankful for…especially if you’ve just come from a holiday party where the signature drink was something that resembles a Long Island Iced Tea dressed up in Christmas drag.

So even though Thanksgiving was last week (yes, I’m late, as usual), here is my own list of 16 things I’m ashamed to admit I’m thankful for. 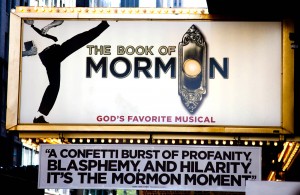 That’s my dirty laundry. What are your guilty pleasures that keep you going in life?

Stacy Dymalski is an award winning keynote speaker and stand-up comic who gave up the glamorous life of coach travel, smokey comedy clubs, and heckling drunks for the glamourous life of raising kids (who happen to be bigger hecklers than the drunks). This blog is her new stage.