Writers Jokes, or Why I Like Hanging Out With Writers

Writers are a special breed. They’re often the ones quietly sitting off in a corner by themselves at a party, but ironically they’re the ones you would want to engage in conversation. They usually add intellectual Technicolor to a discussion, because in most cases they’ve spent a lifetime crafting a spectacularly vivid point of view that is so unique, their prose keeps everyone else from going crazy.

Fortunately, we get to experience a lot more of these distinctive voices due to the rise of self-publishing. Many authors who would’ve been bypassed by traditional publishers (because it’s an economic gamble to take a chance on an unknown writer) can now get their voices out there by publishing their own work.

Yesteday I gave a one-day workshop called How to Self-publish Your Book, which I normally teach over multiple nights at the University of Utah. But due to popular demand I conducted a marathon version of this class all in one eight-hour day (talk about drinking from a fire hose). I do this about once a month in Park City when enough students collectively commit to a weekend day, which they gladly do in lieu of driving down the hill to the U of U once a week.

Writers Are My Peeps 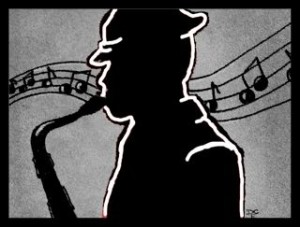 Every time I teach this class, I’m reminded of why I love hanging out with writers. Like musicians, writers instinctively riff with each other (using words instead of notes) in a way that lends itself to two horn players trading twos and fours in improv jazz.

I love this, because I can unleash my silly sense of humor and just be me when I teach my class. Miraculously no one looks at me sideways, wondering if just maybe I should be living in a facility where the doors lock from the outside. Instead they laugh (right on cue) at the quirky jokes I lace throughout my lecture. It’s better than doing stand-up, because I never have to speculate if I’m the smartest person in the room.  Clearly in this case, I am not.

Seven Reasons Why I Like Hanging Out With Writers

A dependent clause is an elf Santa gets to claim on his income tax.

A compound sentence is like Siamese twins joined together at the “but.” (That one I actually read somewhere, but it’s so good, I couldn’t resist.)

And if you didn’t get any of that, then this one will probably be a total head-scratcher for you: 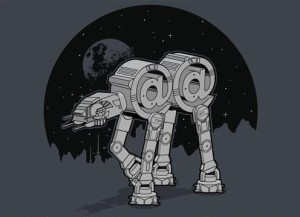