Wrote a Book? Check Out My Self-Publishing Class!

Posted on October 18, 2012 | By Stacy Dymalski | 4 comments
I’m working on self-publishing another book. This isn’t as impressive as it might sound because I ALWAYS have at least one book in the works. But the trick isn’t necessarily writing a manuscript that you hope will one day be published into a book. The trick is to get a book published. A manuscript is about as useful as chicken pox if it just sits in a drawer.

Which is why I’m finally offering, due to popular demand, a one-day intensive seminar of my class “How to Self-Publish Your Book” on Saturday, November 17, 9:00 a.m. to 4:30 p.m., at the Park City Peaks Hotel, in Park City , UT. I’ve given this class through the University of Utah’s Lifelong Learning program, however many people have told me that taking my class through the U of U is inconvenient because they can’t commit to multiple week nights to attend class, especially if they live outside the Salt Lake City area.

I’ve also given a condensed version of this class at publishing trade shows, conventions, and retreats. My most recent turn was as a featured speaker at the Mill Park Publishing “Write By the River” retreat for authors and publishers in Garden Valley, Idaho, on September 29. I gave a one and a half hour talk about my self-publishing experiences to a very enthusiastic and appreciative audience who wanted more in terms of a class. (Well, here’s your chance, guys!)

What makes me qualified to offer such a course? I’m glad you asked…

My Experience With a Publisher 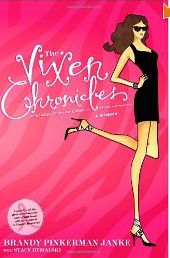 To date I’ve had four books published. The first two were edited and released in 1994 by a small publishing house called High Mountain Press. Entitled Interleaf Tips and Tricks and The Interleaf Exercise Book, my books taught readers how to use a high end desktop publishing package called (you guessed it) Interleaf — which, by the way, is no longer sold, although many companies still use it to electronically publish in-house manuals and handbooks.

My two books were very popular because I used humor to teach. I also offered onsite, hands-on classes (that rivaled any stand-up comedy show) to companies like Hewlett Packard and The U.S. Department of Energy if they wanted to pony up the money and fly me where ever. Needless to say, this helped sell a lot of books. (Although, the books are out of print now.)

But the books’ popularity did not reflect in the royalties. Back then I received 10% of the gross sale of the books, which by today’s standards is almost unheard of. The tips and tricks book sold for $50 and the exercise book $40, so I made $5 and $4 respectively when each book sold. In the first year I got two royalty checks, six months apart, that added up to $15,000. But that meant HMP grossed $150,000 from the sale of my books. That really bugged me because I had done 95% of the marketing, plus the books were poorly edited (I found a lot of typos in the final printed copies).

My Experience With Self-Publishing

Fast forward to 2010, when I co-authored, with Brandy Pinkerman Janke, a funny memoir about Ms. Janke’s disastrous dating and relationship experiences called The Vixen Chronicles (think of it as Sex in the City set in Lubbock, TX.). Ms. Janke paid me to help her write the book and set up her publishing company, after which she released the book under her own imprint. She got the book on Amazon, Kindle, into some bookstores, and did direct sales. This hands-on experience taught me enough about self-publishing that I decided to go it alone for my own humorous book, Confessions of a Band Geek Mom.

And boy, am I glad I did. Released in 2011 by my own little publishing company Saffire Press, Confessions of a Band Geek Mom has exceeded my expectations in sales—mainly because I have control over the marketing plan, as well as the content of the book itself. Plus, with print on demand (POD) websites, self-published authors no longer have to keep a garage full of books due to minimum print runs. With POD you print only the number of books you want to stock, even if it’s just one. This considerably cuts down on the author’s cost of self-publishing.

However, self-publishing is not for everyone. You have to have a entrepreneurial mindset to make it work. Plus, you can’t be afraid of spending a little bit of money up front on the faith that you’ll put out a good product that everyone will clamor to buy.

But my self-publishing class goes into all that. Not only will you learn about self-publishing, I’ll help you determine if you even have the stomach for it. In all honesty, it’s not the cakewalk that the Internet leads you to believe. There’s still room out there for brick-and-mortar publishing houses, maybe just not as many as there used to be.

For more information about my “How to Self-Publish Your Book” class on November 17, or to sign up, click here. Hope to see next month in Park City!

Stacy Dymalski is an award winning keynote speaker and stand-up comic who gave up the glamorous life of coach travel, smokey comedy clubs, and heckling drunks for the glamourous life of raising kids (who happen to be bigger hecklers than the drunks). This blog is her new stage.